School Made to Fit 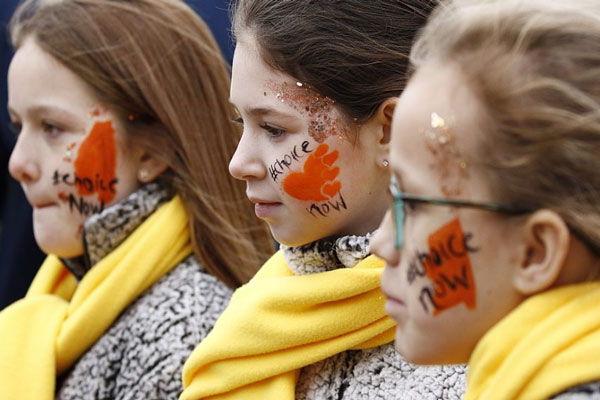 Educators are trying to provide more help to students with dyslexia

Naomi Peña’s four children have dyslexia. In fall 2020, as her son Lucas learned virtually from home in New York City during the pandemic, she realized just how far behind he was at his public school.

After a pricey neuropsychological evaluation, school officials offered some extra support but ultimately couldn’t provide the structural literacy program Lucas needed, according to his mom. By March 2021, Peña began looking for a school more tailored to his needs. She found a private school for students with dyslexia or other learning disabilities and decided to enroll him. The city Department of Education will pay the school’s $75,000 annual tuition, but Peña had to hire an educational attorney to ensure that she followed proper procedures to receive that reimbursement.

Peña is the co-founder of the Literacy Academy Collective. For the past two years, she and six other moms have been advocating for a new public school for students with dyslexia in New York City. In late January, city Department of Education Chancellor David Banks announced plans for just that. A new school for dyslexia students will complement Bridge Preparatory Charter School, a dyslexia-focused school that opened on Staten Island in 2019. No location or opening date information for the new school has been announced. But while many education advocates agree that NYC students with dyslexia need more support, they disagree over whether a dedicated school is the right approach.

According to data from the city’s Department of Education, one-fifth of the school district’s roughly 1 million students have disabilities. Of those, more than 67,000 have been diagnosed with a learning disability. Students with dyslexia have difficulties learning to read and matching letters with sounds.

“The sheer scale of the problem is daunting,” said David Bloomfield, a professor of education leadership, law, and policy at the CUNY Graduate Center and Brooklyn College. He worries that a stand-alone dyslexia school will serve only a fraction of the students who need help. Instead, he said schools should use COVID-19 funding to staff every school with reading specialists and experts trained in phonics instruction.

While Bloomfield agrees that students at a dyslexia-specific school will benefit from extra intervention, he is concerned the results won’t last: “My worry with schools like this is they may start out with great fanfare and great attention, but because they’re segregated, and isolated, they tend to diminish in quality over time.”

Emily Levy, founder of the New York–based EBL Coaching tutoring service, estimates that more than a fifth of her company’s 200 students have dyslexia. She said that while some students with milder forms of dyslexia may be able to adapt well in mainstream classes, students with more severe needs would likely benefit from an all-school model. She also pointed out that a multisensory, structured literacy approach to reading instruction that includes phonics and decoding skills not only works best for students with dyslexia but also often transfers well to other students: “Kids first off seem to enjoy the multisensory approach—it helps the information stick in their long-term memory.”

Some private schools have found a niche serving students with special learning needs. Molly Arthur founded Educational Pathways Academy in Naples, Fla., in 2017, a Christian school that now serves 82 students from first to 10th grade. All of the school’s students have reading difficulties similar to dyslexia, though not all have a clear dyslexia diagnosis. Some students were adopted after being exposed to drugs prenatally, Arthur said, and one student has a chromosomal disorder. All have average or higher IQ: One sixth grader has an IQ of 135 but reads at a second grade level.

Students at Educational Pathways spend about half of each day in peer groups corresponding to their age and ability and the other half following an independent schedule. Students move to a new classroom and a new teacher every 40 minutes—a design Arthur said is also helpful for her students with ADHD.

Arthur knows the emotional toll dyslexia can take: Her dyslexic sister dropped out of school when she was 16. Many students come to the school with self-doubt, she said, and she wants to focus on the child as a whole person. “God didn’t forget to give you the ability to read well or write well or comprehend well—He doesn’t make mistakes,” she said. “We really try to instill in them that you are made by God for a plan, for a purpose.” She said parents have told her that their children are enjoying school for the first time since coming to Educational Pathways.

Back in New York, Peña said she and others at the Literacy Academy Collective are working toward launching a teacher training residency program. Teachers would receive training and experience by teaching in a dyslexia-specific school, then could take dyslexia-friendly education methods, such as structured literacy, into their district schools.

Meanwhile, Lucas has thrived in his new classroom. “He literally told me last week that his favorite class is reading and writing,” Peña said. “This is a kid that could not string together a couple of sentences to make a paragraph or read a couple of lines.”