Practice Your ABCs With These Fun Spelling Games 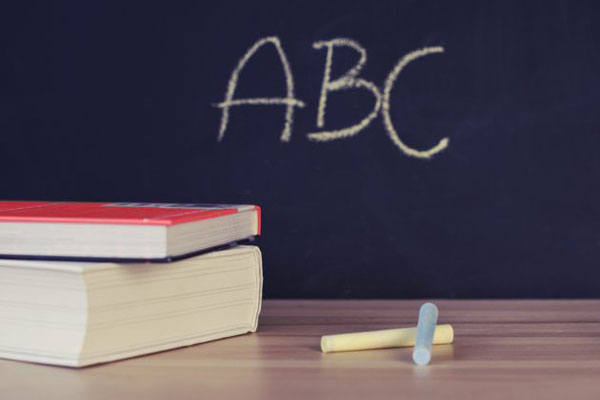 Many children turn to their parents or teachers for help when trying to spell even basic words. They lack the confidence and skills for spelling independently. Yet, this skill is key for academic success, and one that becomes increasingly important as your child progresses through school.‎ Help your child improve their spelling skills with the ideas detailed below.

Start with sounds
For young kids, grasping sound/letter relationships ‎is an important part of learning how to spell. Help your child learn the sounds that go along with each letter of the alphabet, including short vowels, with some basic flashcard exercises. Come up with a key picture that corresponds to each letter, like “pizza” for “p,” “egg” for “e”, and “dog” for “d”. Write the letter using a black marker on the front of a flash card and draw the key picture on the back, then practice saying the letter/picture/sound aloud until it becomes automatic for your child, like “p, pizza, /p/”, “e, egg, /e/” and so on. Once they has grasped these letter/sound relationships, practice blending them together to form words— which is essentially basic spelling. For example, place the “a” card on a table in front of them and ask them what sound the short “a” makes, then put the “t” card next to it, and ask them what sound “t” makes. Then, ask them to blend those sounds together to form the word “at”! Try changing some letters, like replacing the “a” with an “i” or the “t” with an “n”. Later, add a third letter, then a fourth letter, etc. By practicing these exercises, you are using a multi-sensory approach to teach them important phonemic awareness, reading, and spelling skills.

Play With Math Toys
There are so many great math skills building toys that your child can play with at a young age, and she won’t even know she’s doing math! Take Magna Tiles, for instance. Using these tiles, you can dictate individual numbers to ‎your child or write them on a white board, then have her create a line of Magnatiles using that number (i.e. write the number 3 and have your child create a line of 3 Magnatiles; hold up 5 and have your child create a line of 5 Magnatiles, etc.). Then ask her which lines contains more and which contains less. You can even try simple addition or subtraction problems using Magnatiles. For instance, draw the number 2 on a whiteboard and have her build a line with 2 Magnatiles. Next, write “+4” and have her create a separate line with 4 Magnatiles. Then ask her how many Magnatiles she has altogether. Once she counts them all, write on the whiteboard “2+4=6.” Playing with Tangrams, Marble Run, and basic blocks can also enhance core math skills starting at a very young age.

Practice words with chunks
Once your child has grasped the spelling of basic consonant-vowel-consonant words (bat, pig, he, etc.), try practicing words with digraphs, or chunks. Chunks are essentially groups of letters that make one sound, like ch, sh, ph, tch, and so on. Do similar card exercises (or use magnetic tiles) to have your child create words with chunks, similar to the exercises above. For example, place a card in front of them with a chunk like “ch,” then place the “i” card next to it, followed by the “p” card, and have her blend those sounds together to form the word “chip.” Then replace “ch” with “sh,” and so on.

Teach spelling rules
Your child may feel overwhelmed by the task of spelling so many words on their own, but there are many spelling rules that ‎can help them improve their spelling skills. Try teaching them Orton Gillingham spelling rules using a notebook or flash cards. For example, teach them the Floss Rule: when an f, l, or s comes after a short vowel at the end of a single syllable word, double the last letter, like puff, fall, or bass. For the Silent e Rule, when a short word contains a vowel followed by a consonant and then an e, the first vowel is usually long and the final “e” is silent (make, ride, pole). For the CH/TCH Rule, if the sound /ch/ comes after a short vowel in a word, you typically use “tch.” Otherwise, use “ch” (batch, pitch, march). There are many more useful Orton Gillingham spelling rules like these. Just remember that there are always exceptions to each of these rules!

Play memory with sight words
Some ‎spelling words simply need to be memorized. These are typically words that don’t necessarily follow a phonetic pattern, like the words: have, this, where, there, etc. Teach your child these sight words by having them trace them in sand or salt, then in the sky, and finally, have them write them on a sheet of paper or whiteboard three times each (you can find a list of grade-appropriate sight words online). Once they have grasped the spelling of each word, try playing a game like Sight Words Memory for extra reinforcement. To do so, create a series of flash cards with two sets of each sight word. Then flip each card over and lay them out on a table. Take turns flipping them over and trying to make a match. If your child does make a match, have them close their eyes and spell the word in the air before getting a point. The person with the most points wins!

Play spelling games or apps
There are many great apps that can help your child improve their spelling skills. Try apps like Montessori Crosswords, Rocket Spelling, Freefall Spelling, and others that reinforce spelling skills while keeping your child engaged and entertained. The more practice and reinforcement, the better!

Learning to spell accurately is a key skill for writing and overall school success. Help your child build stronger spelling skills with these ideas and they will quickly begin to master this skill.